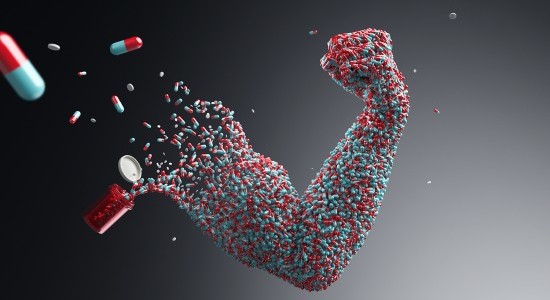 Stanford swimmers’ patches / ‘Energy Enhancers’ to be tested for drugs

Six female Stanford swimmers affixed small patches to their shoulders at the Olympic trials earlier this month, stirring so much suspicion that USA Swimming officials sent samples to the United States Anti-Doping Agency (USADA) for testing.

David Schmidt, president of the company that makes the LifeWave Energy Enhancer, said one coach “apparently accused us of putting testosterone in the patch.” Schmidt called the charge “ridiculous” and insisted the patch contains only amino acids and water-based solutions.

No test results were immediately available, but the incident reflects the heightened attention to doping issues on the brink of next month’s Olympic Games in Athens. And even if no wrongdoing is uncovered, the use of such patches illustrates the lengths to which some coaches and athletes will go in search of a competitive edge.

Quick, a three-time Olympic head coach who will serve as an assistant for the U.S. women’s team in Athens, defended the patches as a new training device he began using earlier this year. Quick said he offered to stop using the patches in races at the trials after other coaches’ reservations were brought to his attention.

Quick said it was “not a concern at all” that the samples were sent to USADA. The patches are designed to electronically stimulate acupuncture points, inserting current into the body to help an athlete improve stamina, according to Schmidt. No substances enter the body, Schmidt said.

Travis Tygart, USADA’s director of legal affairs, said his agency does not comment on the substance of any investigation. Tygart also said, “We’re certainly appreciative of anyone coming forward to assist USADA in helping assure clean competitions.”

Stanford swimmers wore the patches on the front of their shoulders at the Olympic trials, in such plain view that even spectators noticed them.

“We’re not trying to hide anything, because it was out there in broad daylight,” Quick said.

Quick identified the six swimmers who wore the patches in Long Beach as Lacey Boutwell, Lauren Costella, Ashley Daly, Kirsten Gilbert and sisters Tara and Dana Kirk. Of those six, only the Kirks made the U.S. team: Tara in the 100-meter breaststroke and Dana in the 200-meter butterfly.

Wagner of USA Swimming said no swimmers had a positive drug test at the trials.

USA Swimming officials never told Quick the patches were prohibited. He instructed his swimmers to stop wearing them during races at the trials, he said, to avoid the perception of wrongdoing. The swimmers continued to use them during warm-ups.

The patches generated a buzz in swimming circles. Several coaches and swimmers contacted by The Chronicle said they were a popular topic of conversation poolside and after the trials.

“Everybody’s looking at them funny, and everybody is concerned about them, because drugs are an issue,” said Dick Jochums, head coach of the Santa Clara Swim Club. “I don’t think we (in swimming) are as lily-clean as everyone thinks. But if you were going to use drugs, I don’t think you’d do it in the open like that.”

Randy Reese, head coach of Longhorn Aquatics, a swim club in Austin, Texas, noticed Stanford swimmers wearing the patches earlier this year. Reese had no idea what they were, but he also said, “When you see something like that, you’re always skeptical, especially with everything you’re hearing now (about drugs in sports).”

Quick said he learned about the patch in February from a friend who is a doctor and who had read about it. Quick, long known for trying cutting-edge training techniques, contacted Schmidt, whose company, LifeWave Products, is based in Suwanee, Ga., outside Atlanta. Schmidt went to Stanford, demonstrated how the product works and assured Quick and his swimmers that no chemicals enter the body.

Schmidt described the LifeWave Energy Enhancer as two circular patches, each about 15/8 inches in diameter, with an adhesive backing. The patch essentially looks like an adhesive bandage. Schmidt said his company recommends using them on any of four acupuncture points: on the wrists, on the chest, around the knees and on the inside of the ankles.

Schmidt said he invented a way to stimulate acupuncture points electronically without moving herbs or drugs through the skin. He described the process as programming amino acids in water-based solutions, much the way computer chips are programmed, to send information into the body without magnets or batteries.

The result, Schmidt claimed, is that a person’s stamina improves within 10 minutes of using the product.

Two doctors who specialize in acupuncture, contacted by The Chronicle on Thursday, had not heard of the LifeWave Energy Enhancer.

Dr. Bryan Frank, past president of the American Academy of Medical Acupuncture, called the concept “interesting” but said he wondered about the claim that nothing goes into the body.

“When you say amino acids, that could be anything under the sun,” Frank said. “It sounds to me like a real vague description because they don’t want to say what it is. It would not surprise me to see the IOC or sporting federations ban that type of thing unless the company comes forth with specific data showing exactly what it is.”

Said Dr. Joseph Acquah, a licensed acupuncturist at UCSF’s Osher Center for Integrative Medicine: “The question is whether or not it’s stimulating the electrical field of the body. You can stimulate the body electronically and get changes, we see that all the time. … But I’ve never seen a scientific study that shows you can use amino acids to change electrical currents.”

Schmidt said clinical studies show significant boosts in stamina for athletes who use the patches.

“I can understand why coaches or athletes would have questions, because this technology is very new, very different,” Schmidt said. “I think it’s a very good thing for sports. It’s a way for athletes to improve their performance and not endanger their health.”

Quick is the only swimming coach to use the patches. He had his Stanford swimmers begin wearing them in practice and competition this past season, after they met with Schmidt. The Cardinal women won the Pac-10 championship and finished fifth at the NCAA meet.

Tara Kirk, who completed her Stanford career this year, acknowledged that she and her teammates were asked about the patches during the college season and again at the Olympic trials, mostly by fellow swimmers. Kirk said she believes in the patches, but she did not seem convinced they help significantly.

“With all the things we try, if there’s an effect at all, it’s pretty subtle,” Kirk said. “If I let my mind think it may work, then that’s obviously going to help.”

Quick said the incident at the Olympic trials speaks to the climate in sports today, which has been affected by the BALCO doping scandal.

“Any great performance or significant improvement has a little cloud over it,” Quick said. “I’m one of the most outspoken swimming coaches against performance-enhancing drugs. I’m also known as a coach who tries to leave no stone unturned in how to improve in a safe, healthy, legal way.”

Said Jochums, the Santa Clara club coach: “Look, everyone is running scared with what’s happened with BALCO. Everyone is just paranoid.